Phoebe Halliwell
On DVD
Three sisters discover their destiny, to battle against the forces of evil, using their witchcraft. They are the Charmed Ones.

Welcome Message
Welcome to Alyssa Milano Online, your online source for Alyssa Milano. Alicia is probably best known for her iconic role as Phoebe Halliwell in Charmed or as Samantha Micelli in Who's the Boss?. You may also know Alyssa from her other television shows and movies including: Melrose Place, Wisegal, Pathology, Mistresses, and Netflix's Insatiable. And not forgetting Alyssa's successful sporting line, Touch by AM. Here you will find the latest news, information, photos, media and more!
Photo Archive
Check out the latest additions to our ever expanding gallery hosting over 30,000+ photos!
Gallery Updates

Today I have a magnificent gallery update for y’all! A whopping total of 1,676 pictures have found their way into our galleries today. Most of these are screencaptures from various TV appearances & interviews, as well as the first episode of Alyssa’s TV show “Romantically Challenged”!  There are also another batch of 67 Charmed stills and promotionals + a couple of photoshoot additions (oldies but rareies). Browsing through all these new albums will probably take some time, so I’m not going to say much else. Album links can be viewed below, but you should also check out all last uploaded images, as I haven’t added the albums that only has 1/2 new images. Enjoy, and stay tuned for more :)

Jess
Comments are off 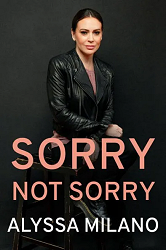 October 26, 2021
Alyssa Milano’s sharply observed, uproarious, and deeply intimate ode to the life she has lived and the issues that matter most. 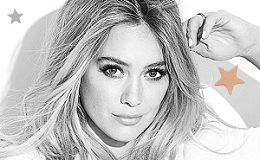 Alyssa Milano Online is a non-profit fan site dedicated to actress, Alyssa Milano. We are in no way affiliated with Alyssa, her management, her agency and/or friends and family. All graphics and original content are being used under the Fair Copyright Law 107 and belong to Alyssa Milano Online. Other images and text belong to their respective owners. No copyright infringement intended. If any of these photos are yours and you would like them removed please email me.

In loving memory of my friend, Angie...